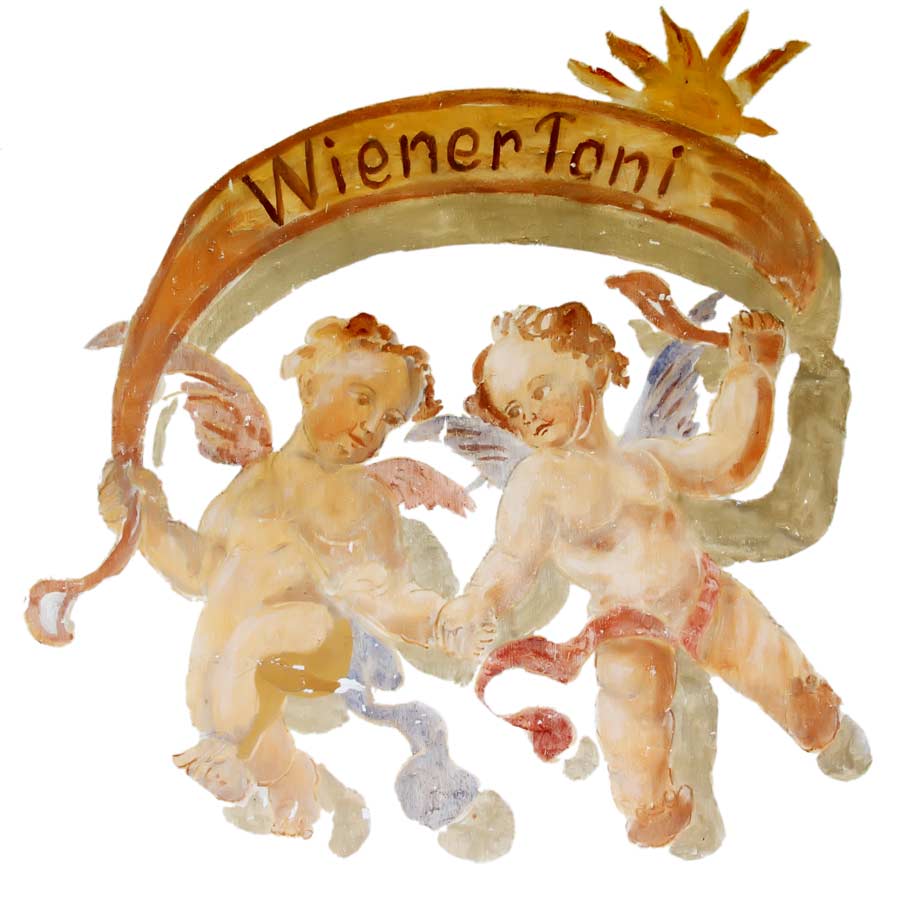 On our farm we only have a cat, chicken, cows and goats. We have no other animals, because grass is the only thing that grows here. In summer, the cows are on the meadows around the village and later on the mountain pasture. They leave the cowshed around the 20th of May, each animal gets a cowbell so that it is easier for us to find them if they stray. First the animals live in the meadows around Grainau. At the beginning of July the cattle will be driven to the „Hochalm” by the farmers of Grainau. This mountain pasture is at an elevation of about 1700m and the cattle can go wherever they want, even to the station of the mountain railway „Alpspitzbahn” at about 2050m elevation. A herdsman looks after the animals every day and informs us if a cow becomes ill or gets hurt.

After six weeks all the fresh grass has been eaten and the summer ends for the cattle. They are brought back down to the valley. But unlike in the „Allgäu”, we don’t „decorate” our cows when they arrive at the valley. In the Allgäu, where also the milk cows spend the summer up on the mountain pastures, fresh cheese is made up there. Our calves are too small though, they don’t have milk.

Since 1998, we haven’t had any milk cows on our farm. Comparing the big effort with the minimal price one gets for selling the milk to the big factories, it was not longer profitable. 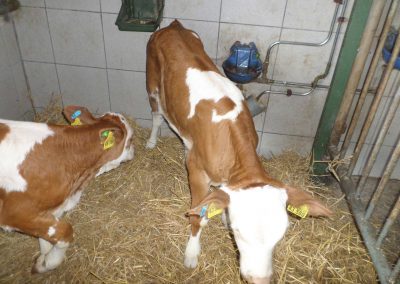 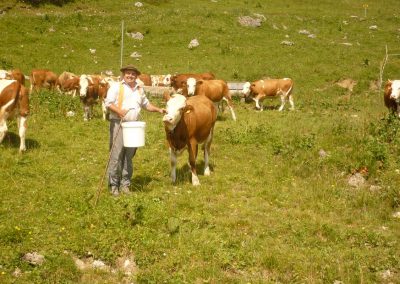 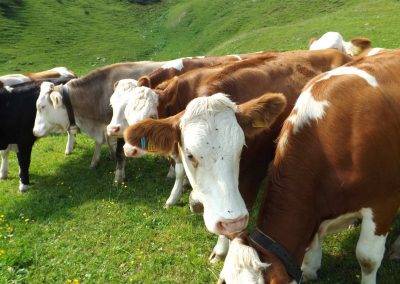 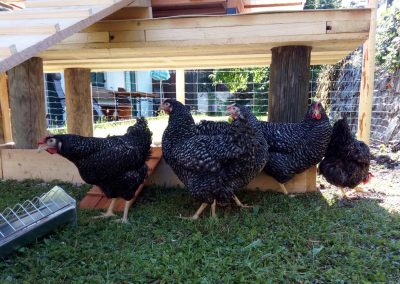 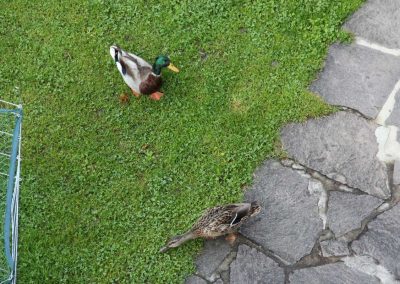 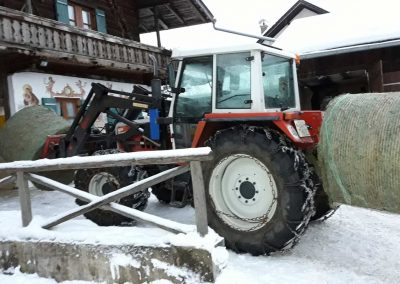 When we buy the calves they are between six and eight weeks old, we keep them until they are about three years old. From October until May the calves stay in the cowshed and they have to be fed, so we make hey twice a year. The first cutting of the grass is usually at the beginning of June, the second one is in the middle of August. Differently from the plains, where artificial fertilizer is used, we are only able to mow the grass twice. As we do not have a „Silo“, we need two warm days without any rain to mow the grass and to produce hay.

On our farm, there are no other animals but calves, because we would have to buy expensive food, as for example wheat, to feed horses or pigs. But in fact, there are still some horses in Grainau. If you like to go on a coach-ride through our beautiful valley please contact Mr. Anton Pfanzelter.

Since 2018 there are five chicken on our farm, in summer we have often two rabbits and our cat sneaks around the house.